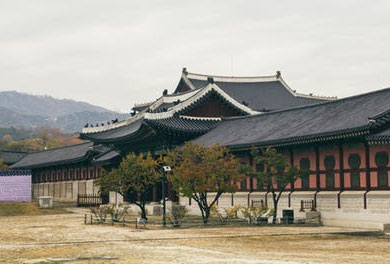 I shall observe the tenets of Taekwondo.

I shall respect the instructors and seniors.

I shall never misuse Taekwondo.

I shall be a champion of freedom and justice.

I shall build a more peaceful world.

Reaction Force – Like Newton’s Law – every force has an equal and opposite force. Example: pull the left hand to the hip when you punch with the right hand.

Concentration – The smaller the focal point of your weapon the more force there will be on a given target. Example: a slap with the flat of your hand vs. a strike with the edge.

Equilibrium – To have maximum power you must maintain your balance. Without balance your power can easily be diverted. The center of balance must be on a straight line midway between both legs.

Breath Control – Controlled breathing is important for a number of reasons. It protects the body against attack and creates more power in your techniques by tightening the muscles. It can be turned into a yell to bolster your courage and startle your opponent. It can also affect one’s stamina and speed.

Mass – The principle of bringing as much of the body to bear in a technique.

Speed – Speed is the most essential factor to create power.

White: Signifies innocence, as that of a beginner student who has no previous knowledge of Taekwon-Do.

Yellow: Signifies the seed on the Earth from which a plant sprouts and takes root as the Taekwon-Do foundation is being laid.

Green: Signifies the plants growth, the leaves beginning to sprout, as the Taekwon-Do skills begin to develop.

Blue: Signifies the heavens or sky, towards which the plant matures into a towering tree as  training in Taekwon-Do progresses.

Red: Signifies danger, cautioning the student to exercise control, and warning others to stay away. It at the same time warns the wearer to exercise control over the self: as he/she has to journey quite a distance to understand Taekwon-Do.

Black: The opposite of white, therefore, signifying maturity and proficiency in Taekwon-Do. It also indicates the holder’s imperviousness to darkness and fear.

Chon-Ji – Chon-Ji means literally “the heaven, the earth”. It is, in the orient, interpreted as the creation of the world or beginning of the human history, therefore, it is the initial pattern played by the beginner. This pattern consists of two similar parts; one to represent the Heaven and the other the Earth.

Dan-Gun – Dan-Gun is named after the holy Dan-Gun; the legendary founder of Korea in the year 2,333 BC.

Do-San – Do-San is the pseudonym of the patriot Ahn Chang-Ho (1876-1938). The 24 movements represent his entire life which he devoted to furthering the education of Korea and its independence movement.

Won-Hyo –  Won-Hyo was the noted monk who introduced Buddhism to the Silla dynasty in 686 AD.

Yul-Gok – Yul-Gok is the pseudonym of a great philosopher and scholar Yi I (1536-1584), nicknamed the “Confucius of Korea”. The 38 movements of this pattern refer to his birthplace on the 38th latitude and the diagram represents “scholar”.

Chon-Gun – Chon-Gun is named after Ahn Chun-Gun who assassinated Hiro-Bumi Ito, the first Japanese Governor-General of Korea, known as the man who played the leading part in the Korea-Japan merger. There are 32 moves in this pattern to represent Mr. Ahn’s age when he was executed at Lui-Shung prison (1910).

Toi-Gye – Toi-Gye is the pen name of the noted scholar Yi Hwang (16th Century) an authority on new-Confucianism. The 37 movements refer to his birthplace on the 37th latitude. The floor diagram represents “scholar”.

Hwa-Rang – Hwa-Rang is named after the Hwa-Rang Youth Group which originated in the Silla dynasty in the early 7th century. The 29 movements refer to the 29 infantry division where Taekwon-Do developed into maturity.

Choong-Moo – Choong-Moo was the name given to the great admiral Yi Soon-Sin of the Yl dynasty. He was reputed to have invented the first armoured battleship (kobukson) in 1592 which is said to be the precursor of the modern-day submarine. The pattern ends in a left-handed attack to signify his regrettable death, having no chance to show his unrestrained potentiality checked by the forced reservation of his loyalty to the king.

Quang-Gae – Quang-Gae is named after the famous Kwang-Gae Toh-Wang, the 19th King of the Koguryo Dynasty, who regained all the lost territories including the greater part of Manchmia. The floor diagram represents the expansion and recovery of lost territory. The 39 movements refer to the first two figures of 3921 A.D., the year he came to the throne.

Po-Eun – Po-Eun is the pseudonym of a loyal subject Chong Mong-Chu (1400) who was a famous poet and whose poem “1 would not serve a second master though I might be crucified a hundred times” is known to every Korean. He was also a pioneer in the field of physics. The diagram represents his unerring loyalty to the king and country towards the end of the Koryo Dynasty.

Gae-Baek – Gae-Baek is named after Gae-Baek, a great general from the Baek Je Dynasty (660 AD). The diagram represents his severe and strict military discipline.

Eui-Am – Eui-Am is the pseudonym of Son Byong Hi, leader of the Korean independence movement on March 1, 1919. The 45 movements refer to his age when he changed the name of Dong Hak (oriental Culture) to Chondo Kyo (Heavenly way religion) in 1905. The diagram represents his Indomitable Spirit, displayed while dedicating himself to the prosperity of his nation.

Choong-Jang – Choong-Jang is the pseudonym given to General Kim Duk Ryang who lived during the 14th century Lee dynasty.

Sam-Il – Sam-Il signifies the date of the independence movement of Korea (against Japan) which began on March 1, 1919.

Yoo-Sin – Yoo-Sin is named after General Kim Yoo Sin, a commanding general during the Silla Dynasty.

Choi-Yong –  Choi-Yong is named after General Choi Yong. He was the premier and commander in chief of the armed forces during the 14th century Koryo dynasty.

Yong-Gae – Yong-Gae is named after Yon Gae Somoon, a famous general during the Koguryo dynasty.

Moon-Moo – Moon-Mo is named after Moon-Moo who was the 30th king of the Silla dynasty.

So-San –  So-San is named after the pseudonym for Choi Hyong Ung, who was a monk during the Lee dynasty. Choi Hyong Ung is famous for leading monks against Japanese pirates in the late 1500s.

Se-Jong – Se-Jong is named after the Korean king, Se-Jong. This famous king invented the Korean alphabet in 1443.

Tong-Il – Tong-Il means unification. This pattern symbolizes the hope for an eventual reunification of Korea (which was divided into North and South Korea in 1945).